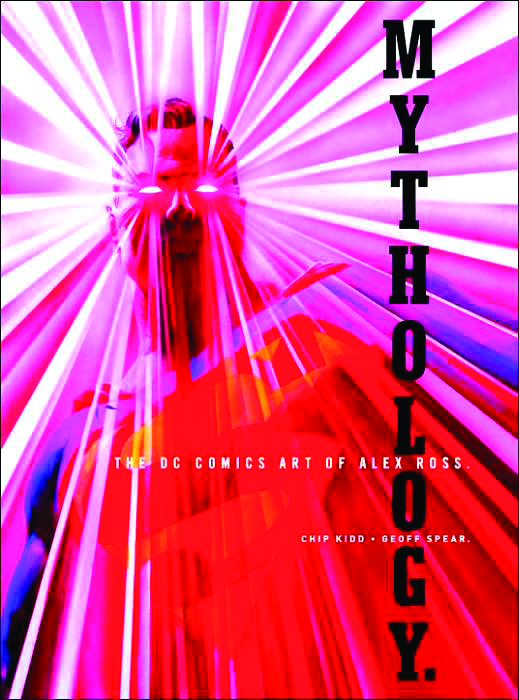 (W/A) Alex Ross Here is the incomparable cast of the DC Comics universe: Superman, Batman, Wonder Woman, the Flash, Aquaman, the Green Lantern, and the rest of the Justice League as you've never seen them before. Mythology brings together the best-loved comic characters in the world, brought to life by one of the most astonishing young artists working in the medium today, Alex Ross. The award-winning designer/writer Chip Kidd and photographer Geoff Spear have teamed up to create a book like no other, with an introduction by M. Night Shyamalan, the acclaimed director of Signs and The Sixth Sense . Ross has often been called "the Norman Rockwell of comics," and this book reveals not only his lifelong love of these classic super heroes but also his vision: Mythology takes you into the studio for a behind-the-scenes look at his fascinating creative process. And most exciting for Ross fans, inside is a DC Comics first: an exclusive, original Superman-Batman story, written by Kidd and painted by Ross, as well as an all-new origin of Robin, written by Paul Dini. Also available in a limited hardcover edition featuring previously unpublished art on the jacket, in a multi-paneled, fold-out binding.

100 GIRLFRIENDS WHO REALLY LOVE YOU 1

100 GIRLFRIENDS WHO REALLY LOVE YOU 2

100 GIRLFRIENDS WHO REALLY LOVE YOU 3

100 GIRLFRIENDS WHO REALLY LOVE YOU 4