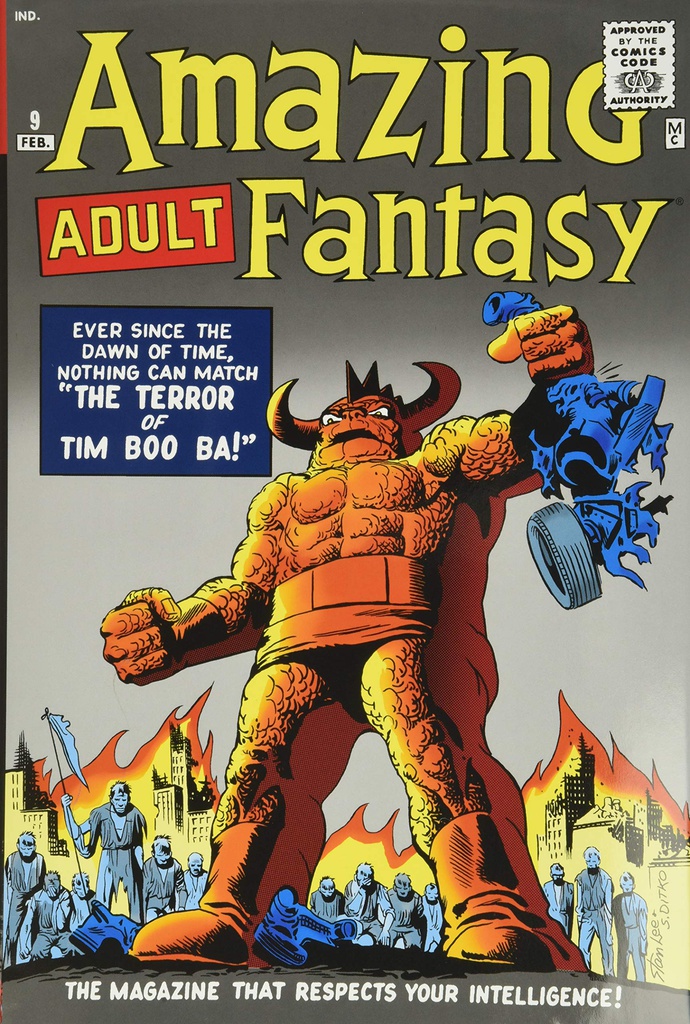 Across six issues of truly amazing adventures, Lee, Kirby, and Ditko dreamed up a cadre of ten-story tall menaces from Torr to Manoo to the one and only Monsteroso to trash unwitting Earthlings on a month-in and month-out basis. Backed up by weird tales of wax museums, witchcraft, Martians, and the occult master who set the trenchcoat trend in comics, Dr. Druid, it seemed these titanic tales could never be topped.
And then Stan Lee and Steve Ditko did just that by launching "The Magazine That Respects Your Intelligence!" An all-new approach for the young comics sophisticate, Amazing Adult Fantasy presented Twilight Zone-tinged tales of otherworldly aliens, time travel, ghosts, atomic nightmares, and maybe even the secret of the universe itself. With story after lushly-illustrated story, Ditko set a new standard for comic book illustration, and Lee raised the bar ever higher with his scintillating scripts. And, oh, in the last issue they created some guy named "Spider-Man."
Collecting this lynchpin series of Marvel Comics' history for the first time ever, the Amazing Fantasy Omnibus puts AMAZING ADVENTURES #1-6, AMAZING ADULT FANTASY #7-14 and AMAZING FANTASY #15 between two hardcovers 45 years in the making.