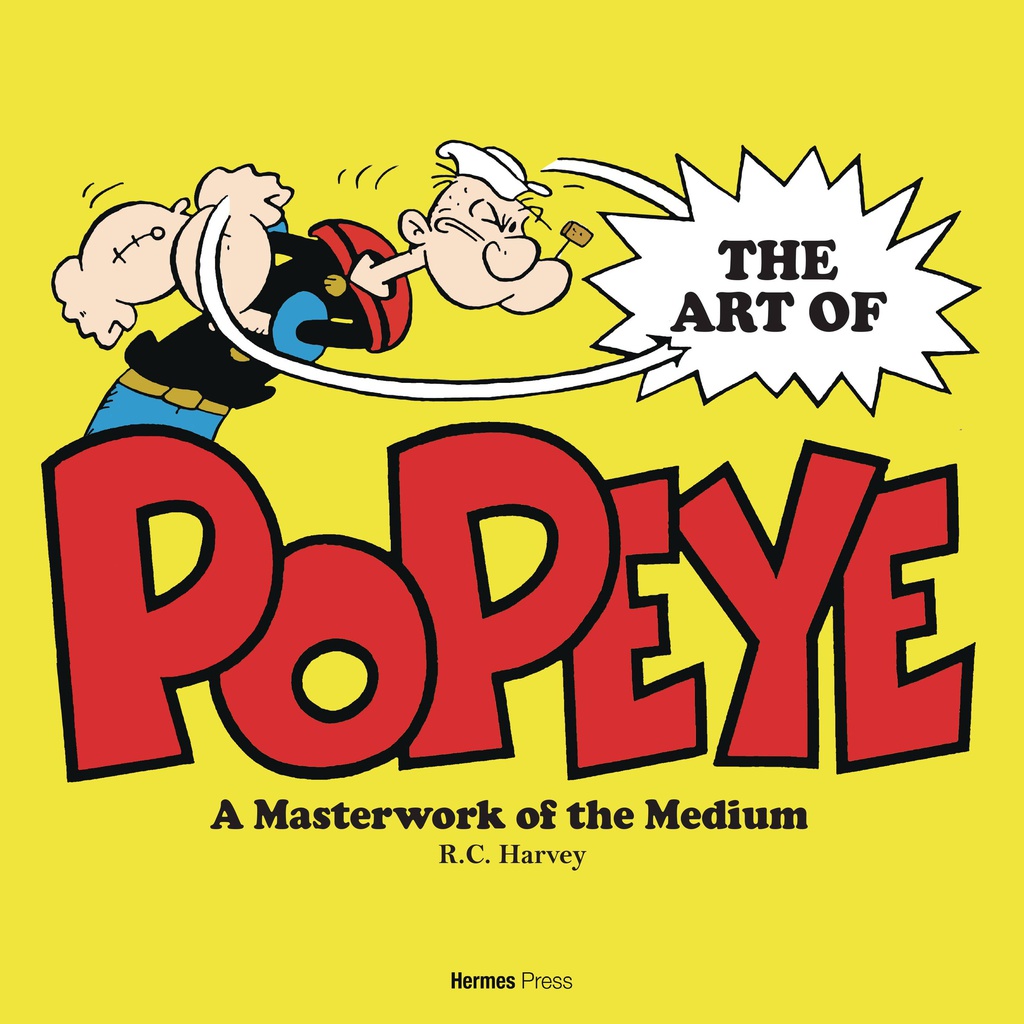 ART OF POPEYE MASTERWORK OF THE MEDIUM

When cartoonist Elzie Segar created Popeye, as a minor character ten years into the run of the Thimble Theatre strip in 1929, little did he know that the world's most famous sailor would still be around over ninety years later and still being offered as a Sunday feature. To celebrate Popeye, the character, the comic strip and his universe, a feature cartoonist Charles M. Schulz described as 'perfect... consistent in drawing and humor,' Hermes Press is publishing the definitive art monograph on the subject. This 300 plus page book features a comprehensive essay written by pop culture historian R.C. Harvey accompanied by over 350 illustrations of original strip and comic book art, animation art, illustrations, advertising art, products, the Robert Altman film, and everything Popeye. Every aspect of Popeye is explored, from Olive Oyl and Eugene the Jeep to Wimpy and Bluto. So, if you've ever read the strip, watched the cartoons, seen the movie, or ever eaten spinach and wondered if you'll have super-powers, this new comprehensive history is a must.

100 GIRLFRIENDS WHO REALLY LOVE YOU 1

100 GIRLFRIENDS WHO REALLY LOVE YOU 2

100 GIRLFRIENDS WHO REALLY LOVE YOU 3

100 GIRLFRIENDS WHO REALLY LOVE YOU 4