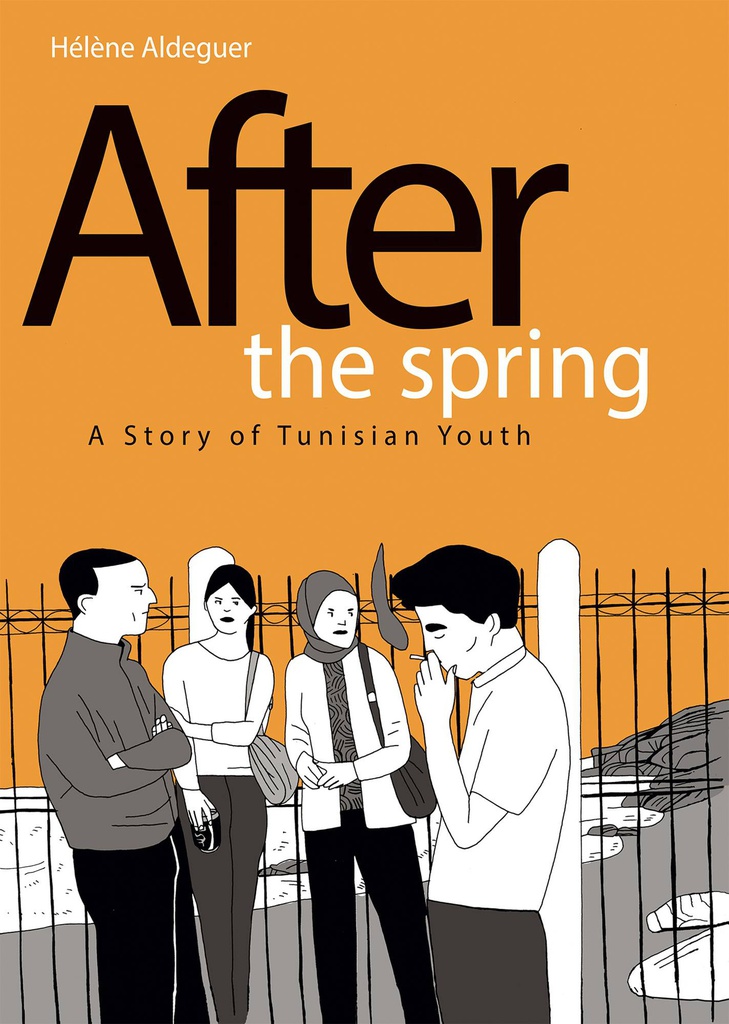 AFTER THE SPRING STORY OF TUNISIAN YOUTH

In 2011, one of the biggest political events in the world, the Arab Spring, swept across North Africa. But what came next? As the world moves on, four young Tunisians must cope with the reality of an uncertain future in this original graphic novel. Winner of the Raymond Leblanc Foundation's Belgian Prize, and translated into English for the first time, Hélène Aldeguer delivers an authentic look at the disillusioned state of young people in Tunisia after the events of the Arab Spring, illustrated in stark, beautiful black-and-white art. Two years after the 'Jasmine Revolution,' Tunisia is unstable and facing economic hardship. Saif, Aziz, Meriem, and Chayma are among those who feel abandoned by the developing turmoil surrounding the government. Saif goes to college but worries about his younger brother; Aziz works in a call center hoping to gain approval from Meriem's family, while Meriem attends law school; and Chayma, after watching a man set himself on fire, considers emigration to France. As the situation becomes more serious and calls to activism in the streets get louder, each must consider what, or where, their future is.

365 DAYS A DIARY BY JULIE DOUCET

7 GOOD REASONS NOT TO GROW UP

7 GOOD REASONS NOT TO GROW UP